The couple that creates together

God’s Silver Soldiers debuted at the 2016 San Diego Comic-Con and can be purchased at Mesquite Barbecue, Amazon and through Christian Publishers. The trio are working on getting it stocked in mainstream comic book shops as well.

Ben and Rebecca were approached by Greenhaw to work on this project because they are local and for their talent.

Ben said he grew up reading comics and love the medium, whereas Rebecca has always enjoyed reading and writing and won several writing awards as a child.

"Comics was an escapist entertainment for me at the time, and I love reading them. I love the characters,” said Ben. “I decided at an early age I wanted to draw comics so I set my sights to make them my occupation."

As he got older, Ben read more comics, drew more and honed his craft. He eventually became a collector, and despite his father's disapproval he stayed the course to his dreams.

"I collected enough money, borrowed, beg, stole what I could, and started Antarctic Press," Ben said.
He came to the United States from Taiwan at a young age but spent most of his life in San Antonio. He relocated to the Dallas area in 2002 after marrying Rebecca.

The two met at Ben's brother's wedding. Rebecca's high school friend – and later college roommate – married Ben's brother. Fate also brought them together when Rebecca would travel to San Antonio with her mother for acupuncture treatments, which she was receiving from Ben's father.

Their paths crossed several times before they decided to date, even though everyone had told Rebecca Ben was destined to be a bachelor forever.

"I knew she was the one for me when she came for our first date to see ‘Phantom Menace,’" he said. "She drove all the way from Dallas to see with me the first showing. Not only that, she waited for eight hours in line."

Ben's most notable work prior to “Silver Soldiers” is “Ninja High School” and “Warrior Nun Areala.” He also worked on an animated film called “Scanner Darkly” that starred Keanu Reeves; and at the San Diego Comic-Con he received the Inkpot award.

In the comic industry he is often referred to as the Godfather of American Manga, with good reason. In the 1970s Ben returned to Taiwan and discovered manga for the first time. Having grown up with American comics this was a different art form to him, and despite not being able to read Chinese he was still able to follow the story.

"I love this new art form so I brought it back to the United States and try to promote it. This was the late 70s, most people didn't know what the word manga meant," he said.
Ben took his interest and experience with anime and manga and created “Ninja High School.”
"Originally it was planned to be just three books, but the reaction I got from it was so positive that I decided to continue the series," he said.

Currently, he and Rebecca are focused on their projects with Greenhaw: “God's Silver Soldiers,” “Crossfire” and the restoration and enhancement of Al Hartley's Christian comics.
"Rebecca was a big help in getting this off the ground because I had no idea how to approach something like this," said Ben. "She took all the characters and molded it into something cohesive."
This was not her first work with comics. She has also published a graphic novel adaptation of MacBeth.

Currently, Rebecca is getting ready to publish the first two books of her young adult novel – “Sanara.”

The story centers around a young girl who is visited by talking animals and discovers she has the ability to heal magical creatures. Rebecca said she bases the characters on known mythological creatures.

“We do our best work on trips to San Antonio. We turn off the radio and the electronics and we just talk," she said of how they came up with the story premise.

“No one’s ever done a book where instead of the characters doing a lot of fighting, they do a lot of healing. Sort of like a conscientious objector of the magical world," Ben said.

The duo said with the trend of young adults being centered around death, destruction and a dystopian society, they wanted to focus on something more positive.

Ben said it was originally meant to be a comic. He would do the drawing and Rebecca would write the story, but once he got the outline from her he realized it would work better as a book than a comic book.

Rebecca juggles her time between being a mother, a teacher at Terry Middle School and her writing projects.

“My message is very clear to my students in the same way, that we use our words, that we use our positive energy to try and get along with others and solve our problems," she said. Rebecca
She said her students keep her current in social media and what is trending.

Rebecca has always loved to write and read and won awards in the third and sixth grade with her writing. She even did her minor in English. Her career did not start out in teaching, however; she has a bachelor of arts in business administration and worked as an accountant for many years. It was after the death of her first husband that she decided to change gears and went into teaching because she felt like she needed to be around people.

Ben has several projects in the works including books called “Science is Magic” and “Dial ‘M’ for Monster.” He is also working on a revival of “Ninja High School,” and the two are focusing their energy on the second “Silver Soldiers” comic book, expected to be out by March.
Greenhaw added that with the current state of affairs and the tension between law enforcement and citizens around the country he has joined Stan Lee's Hands of Respect initiative to try to improve relations between citizens and police through Crossfire.

“Silver Soldiers” can be purchased from Amazon, Christian booksellers and locally at the Mesquite BBQ restaurant, located at 145 East Davis St. 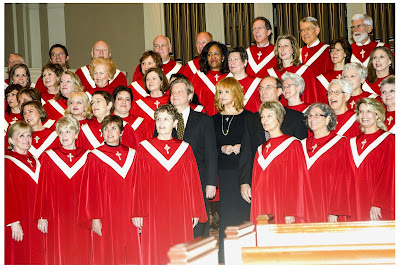 Ann-Margret, Art Greenhaw, Terry Price and the Preston Hollow Presbyterian Church Choir  For a fabulous follow-up to her Grammy and Dove Nominated album GOD IS LOVE, superstar Ann-Margret sings with a Texas massed choir and records her latest spiritual album, GOD IS LOVE: THE GOSPEL SESSIONS 2, "live" in a full sanctuary setting complete with pipe organ. Here are rare, newly-discovered images of the historic recording session in progress.
Read more