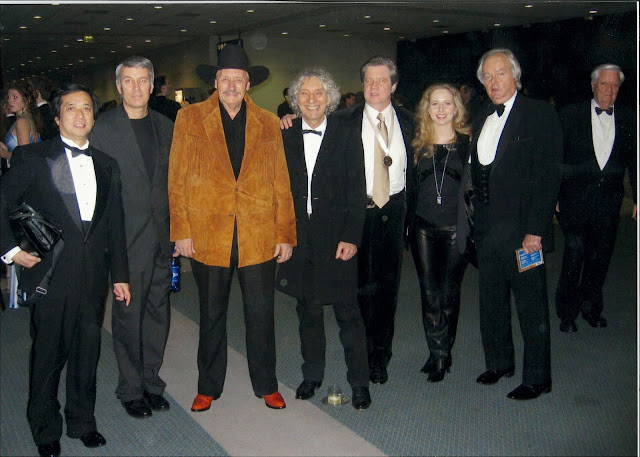 Grammy-Winning and 8-Time Grammy Nominated Art Greenhaw Records is known for its guitar-driven recordings oftentimes engineered by Josh Knight/Studio Knights and by its roster of artists including Nokie Edwards, Art Greenhaw, Josh Knight, Jerry Elliott, Marvin "Smokey" Montgomery, Robert Shumy, The Salty Dogs, Jim Baker, and Tom Brumley (steel guitar). In this rare photo from the Art Greenhaw Records vaults, there was a gathering at Grammy Award Week in Los Angeles of Grammy-recognized guitarists. In this photo are Nokie Edwards, Albert Lee, Art Greenhaw, Jim Baker, and Mason Williams (composer of "Classical Gas"). Can you spot them all?
Read more 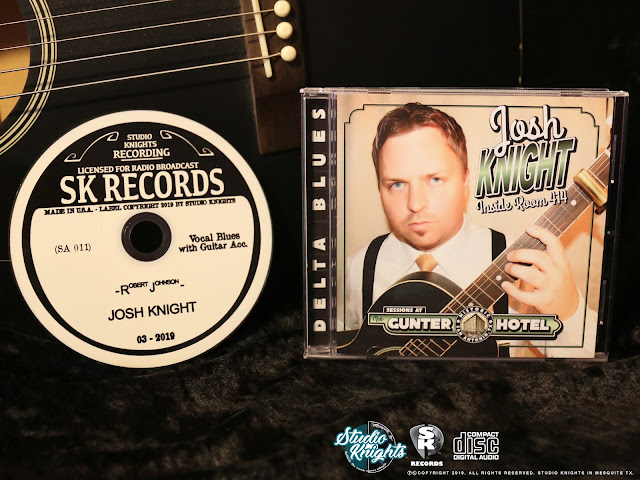 Along with the Gunter staff and hotel ownership – Josh Knight records in the corner of room 414. Every song Robert Johnson recorded – Knight recorded too – on the same days and in the same spot!
This is your chance to own a piece of history – recorded together at the same time with only one guitar and vocal take – with absolutely no sound enhancements, edits, or effects. Using only the corner, “corner loading”, you can hear the natural sound of the room!
-Purchase Physical Copies by clicking here -Purchase Digital Copies by clicking here